Sectional sofas are great for living room lounging, typically coming with a chaise and variable seating to accommodate your floor plan, regardless of size. 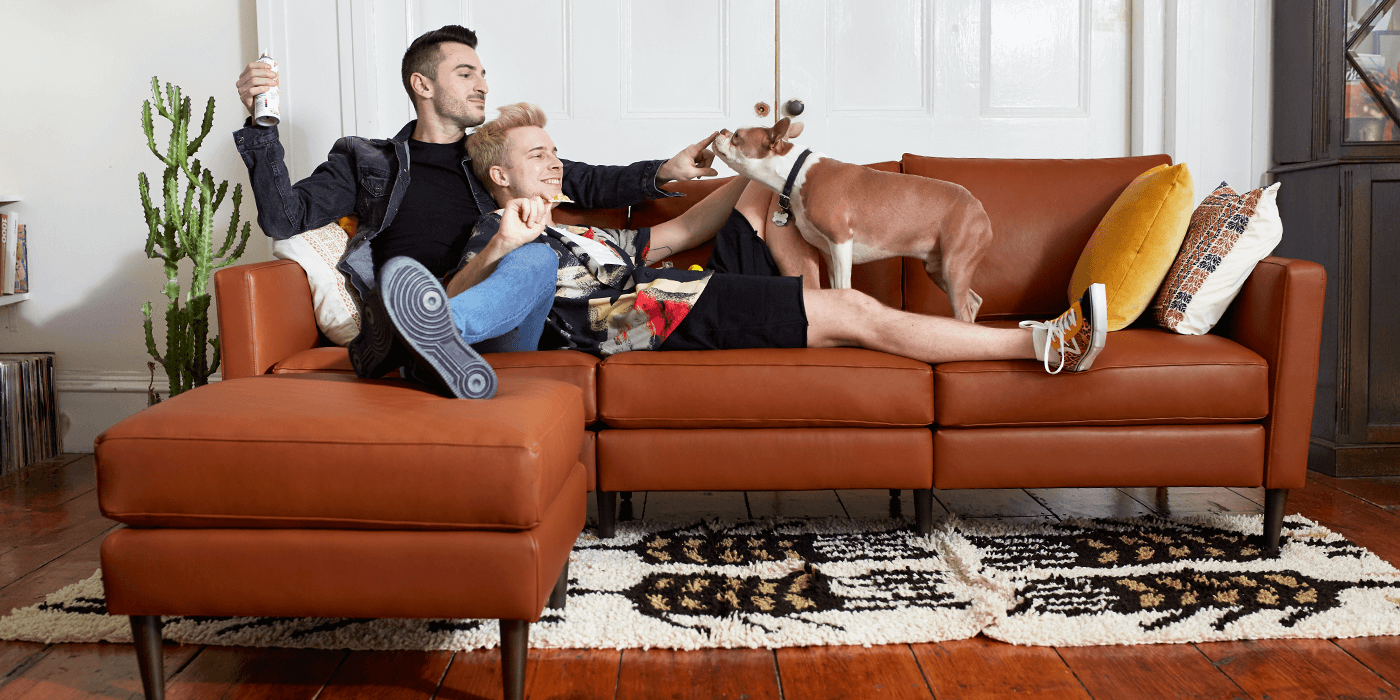 Where did Sectional Sofas Come From?

There has been some debate about the true origin of the sectional sofa, many believe it's origins are in the
early 1800s, prior to the Civil War in America when hired craftsmen created a custom sofa comprised of three sections that latched together in Fredericksburg, Virginia. Most of the original pieces were destroyed during the war, but as the Victorian era approached, the sectional came back as a popular piece for those who liked to entertain in their homes.

The original sectionals consisted of two couches connected, tufted, laminated, and less commonly featured corner pieces. During the mid-century modern era, the sectional sofa was considered the sleek, industrial profile of contemporary furniture and quickly rose to popularity thanks, in large part, to department store catalogs.
These early concepts introduced the theory of customization that we know today, where a sofa can be broken down into modular pieces with seats and seat cushions and can be tailored to the size of the room. They are also much easier to mass-produce and ship.
SHOP SECTIONALS 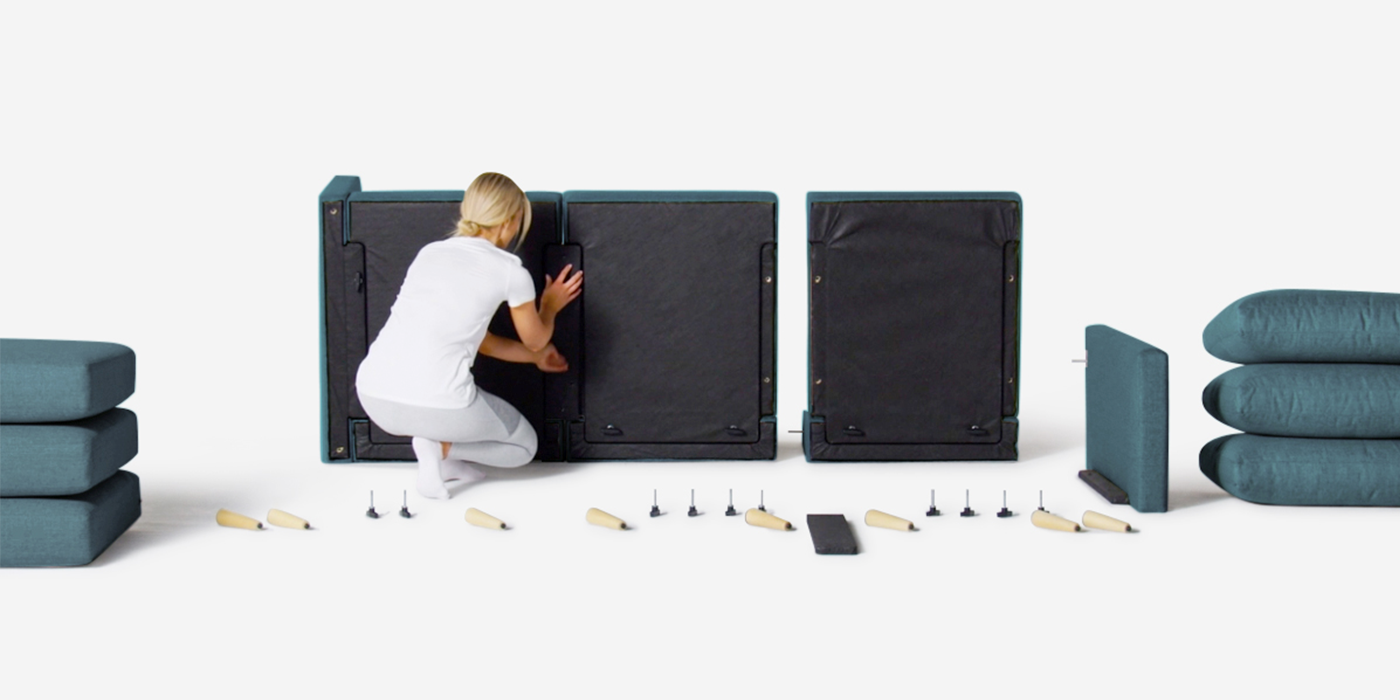 Modular sectionals contain multiple pieces that can be put together to create an entire sofa. A modular sofa is more customizable for those with truly unique spaces or space constraints.

Sectional sofas are meant to be put together once and maintained that way, modular sofas can be put together and rearranged as often as the owner pleases to redecorate and reframe their space.

While not technically a “sectional,” these can fill the need in a streamlined way. Essentially, they are sofas (usually 3- or 4-seat) with an extended chaise on either side. These are a good option for people with smaller spaces looking for sectional-style seating. 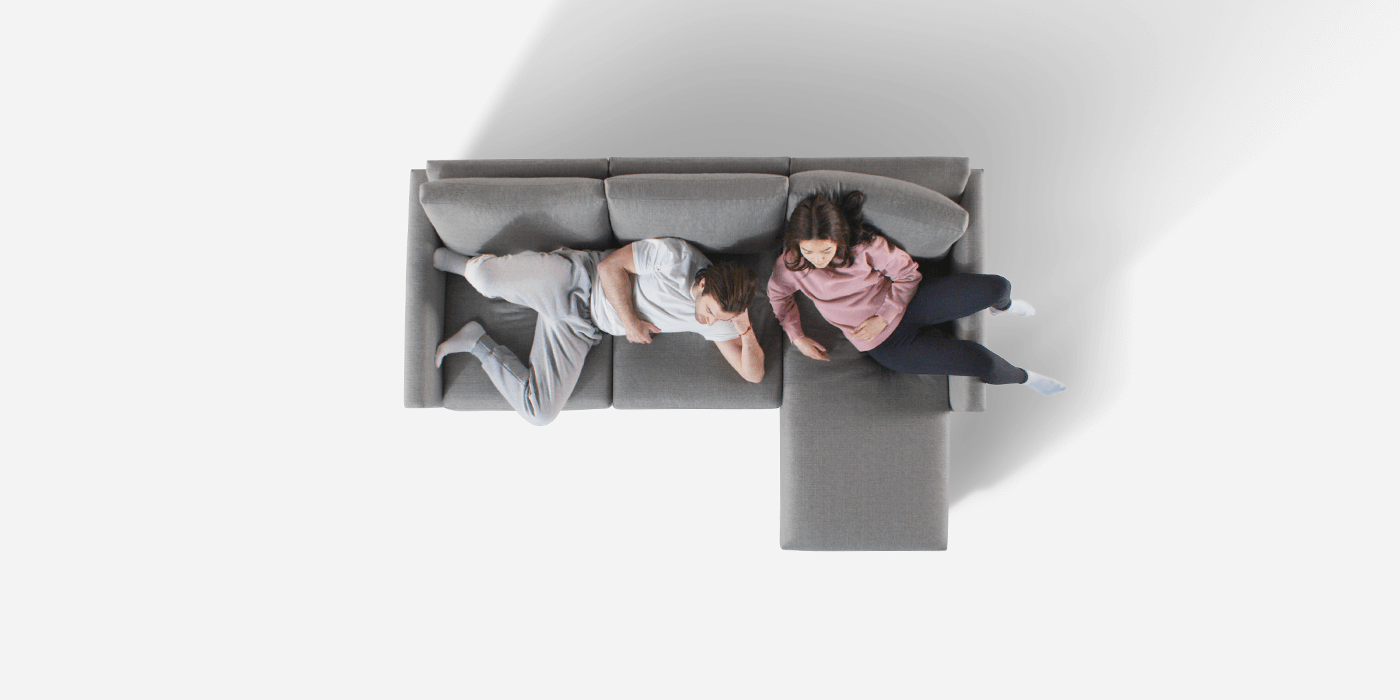 L-shaped sectional sofas are a common option for living spaces. If you have a slightly larger space, the L-shaped sectional can really help to fill out your living room and create a more inviting and comfortable space for families or those who like to entertain. They can be left arm facing or right arm facing, depending on your preference. 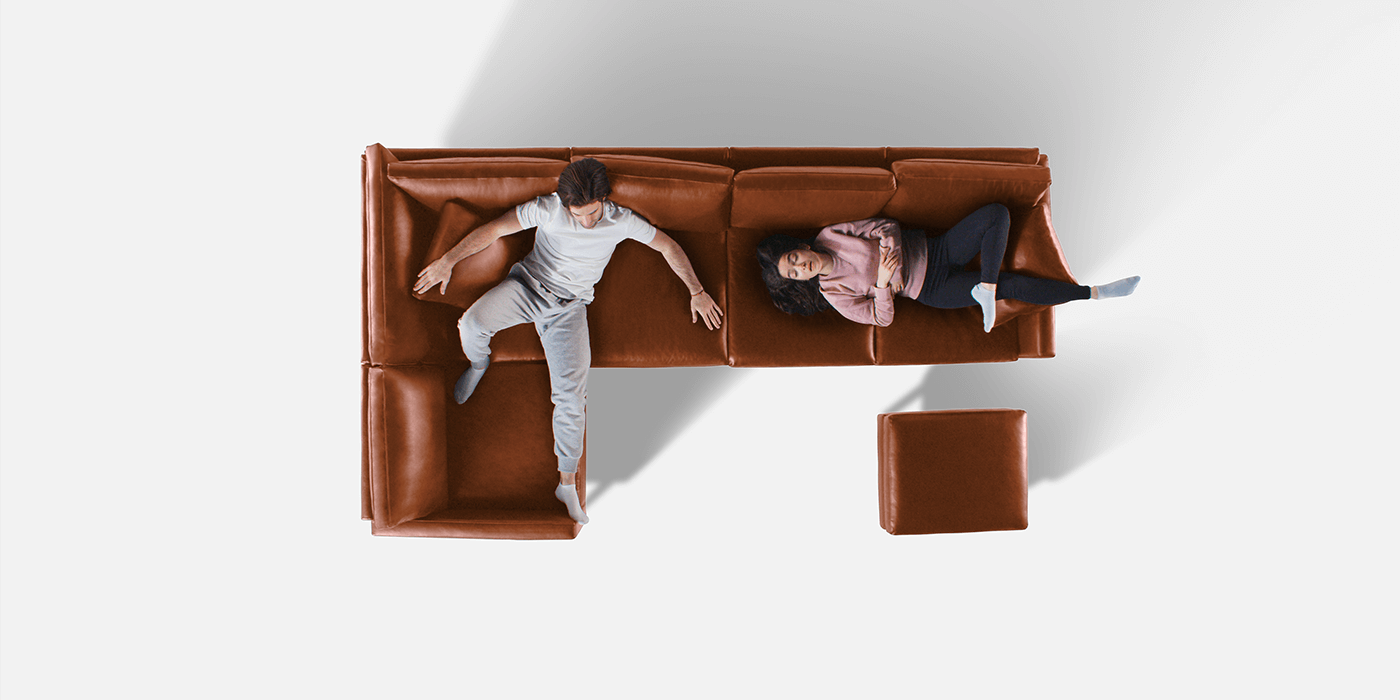 Like the L-shaped sectionals, these get their name from the U-shape they create. Usually, they have two corner pieces with either a chaise extending out from either side or end pieces to cap off the “U”.
They make for great conversational seating, but are not an easy fit in every space. If you’re thinking about getting one, it’s a good idea to look into custom sectionals. 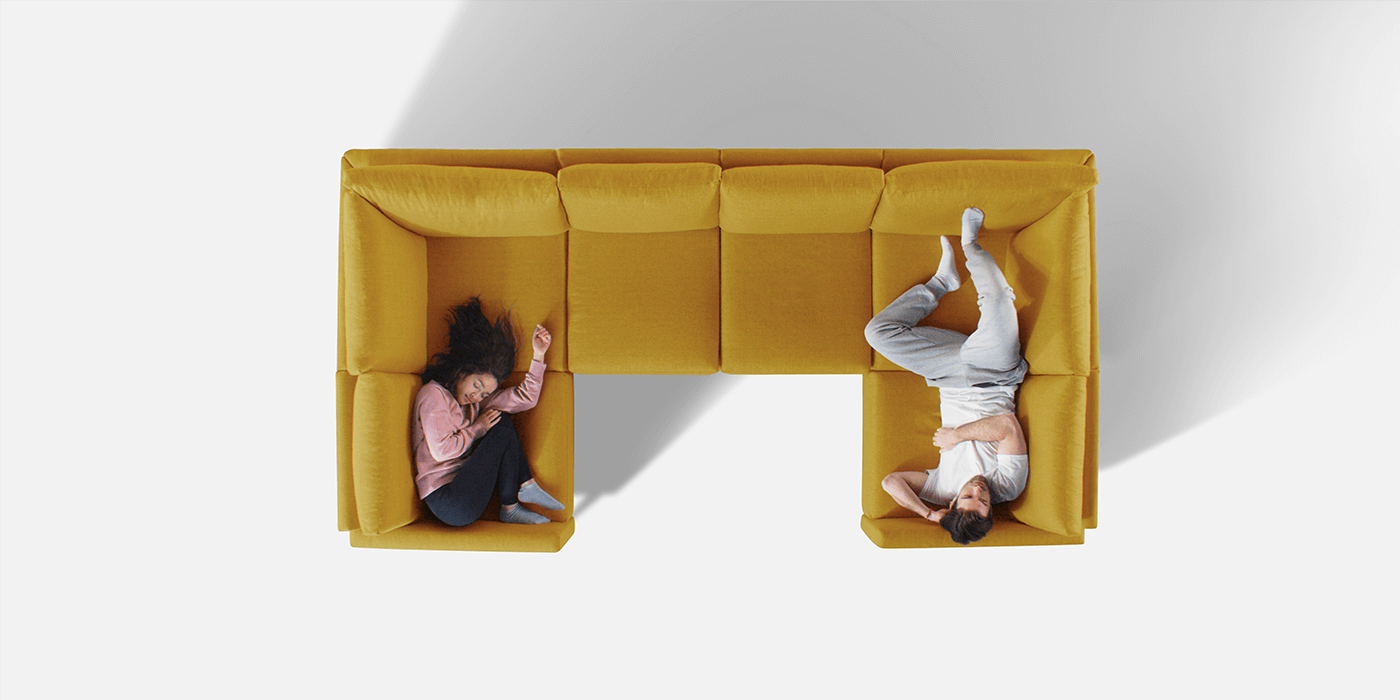 Sectional Options Offered by Some Manufacturers

For folks who don't have a guest room and like to entertain guests and offer them a place to sleep can opt for a sleeper sofa. These sofas have a bed under the seating area that you can pull out and expand to provide a comfortable place for guests to sleep. However, it's important to remember to provide enough clearance for your sleeper sofa to expand. If you're in a tight space, be sure to measure the surrounding area and check the dimensions of the sleeper sofa, before purchasing, to make sure it will fit properly when open.

Some sectionals come equipped with the recliners as one or more of the pieces. This is a good alternative to the traditional reclining armchair if you have space restrictions in your living space. They can come with power reclining or manual reclining.

This is a feature of a lot of older-style sectionals - they include storage for remotes or other items. Some even include cupholders. These can often make for a clunky look, though they get the job done if you’re into utilitarian furniture. 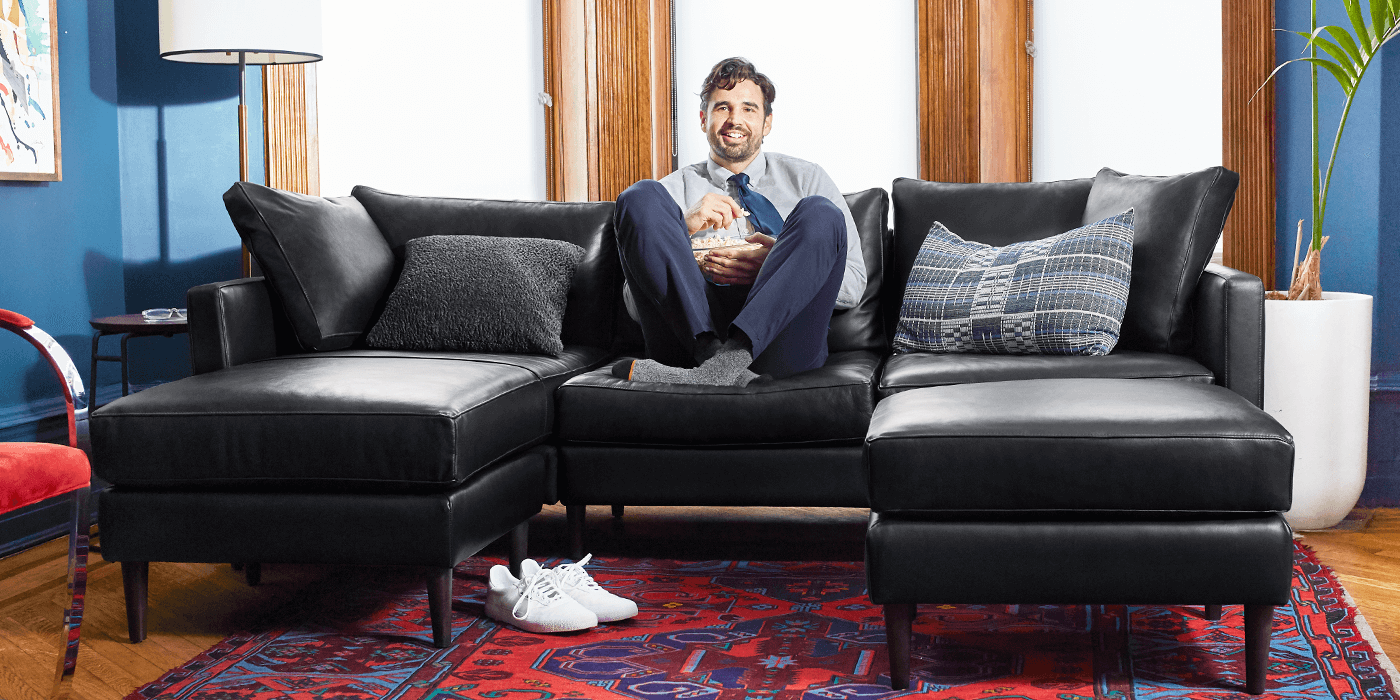 Sectional Sofas Designed for Any Home

What if you want a custom sectional or you’re not exactly sure what configuration would work best for you? Allform offers customizable sectional sofas with a modern design that adapts to your changing life. Each of our options can be configured, both in size and shape, to fit any space, whether it's a small, multi-use space or a large family room. Whether you want an L-shape design or a u-shaped design with a corner seat, two arms, three seats or five, we've got what you need.

Allform sofas are spacious with additional loft and channeling in the cushions to provide a more comfortable experience. Additionally, our performance fabrics are stain, pill, and scratch-resistant and our frames come with an industry-leading forever warranty. Check out some of Allform’s most popular products or build your own configuration for your next sofa.
SHOP SECTIONALS NOW